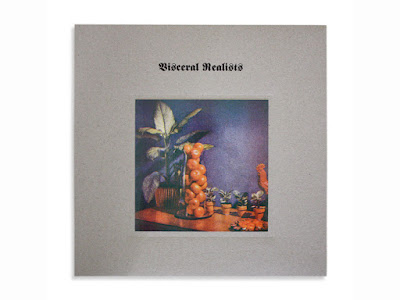 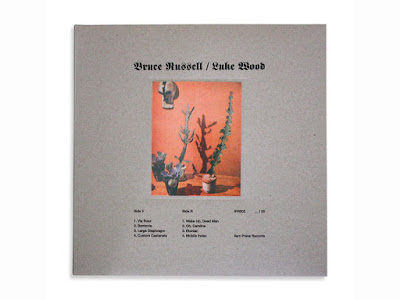 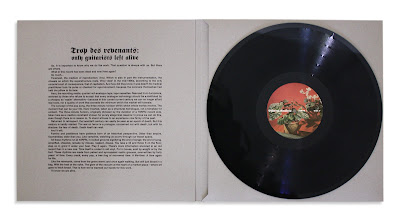 I really need to rephotograph this, these are from shitty photos I took on my phone when I was making this thing. I wanna get this up here though, and moving quickly sort of has to be the point with the blog now eh. So...

This is a record I made with Bruce Russell last year. I guess I think I have a lot to say about this. To start I should say that by 'made' with I mean I recorded this and played on it WITH Bruce. The records were then lathe-cut by Small Run Records in Melbourne, and I then hand-made the gate-fold covers.

This project was kicked off by my being invited to participate in/contribute to an exhibition called 'Make Something'. This is a thing that's run for a few years in Auckland and is organised, I'd use the word 'curated' very loosely, by a couple of graphic designers. I'd been asked a couple of years in a row and eventually thought maybe I should do something for this, partly because I thought 1. it'd be cool to have an excuse to go up to Auckland, and 2. I kinda of liked the premise – that the invited designer (me) had to collaborate with someone from another field. That part really interested me, and I started to think of all sorts of people who I could work with. I'd known Bruce for a while by this stage but never thought to do anything with him. He and I had talked a lot about music, but that was about it. Over the years, maybe because of these conversations, I've developed a decent interest in 'noise', and certainly the deployment of noise in song settings. Bruce, if you haven't heard of him, is somewhat of an iconic figure here in NZ, a sort of music anti-hero, the literal opposite to all that horrible 'Kiwi' music like Dave Dobbin, Crowded House, etc. Bruce is most well know for his band with Michael Morley and Robbie Yeats – The Dead C. The more I'd gotten to understand what Bruce had done over his career the more I'd grown to really look up to him. And so it was with some nervousness that I asked him to collaborate on this. To make a record with me. It really freaked me out to be completely honest.

Anyway Bruce was into it, and so plans were made to start recording as the deadline for the exhibition approached. 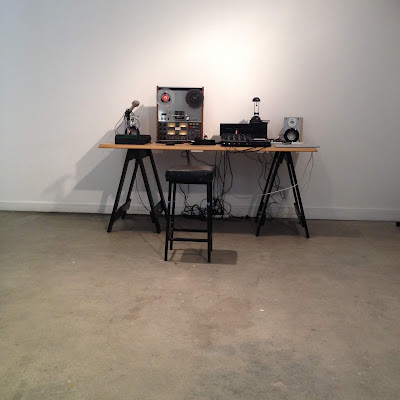 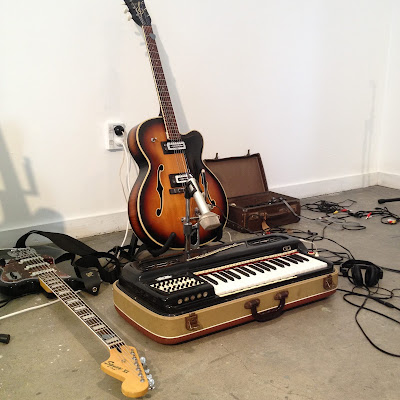 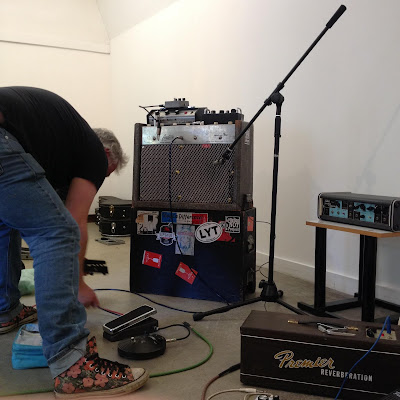 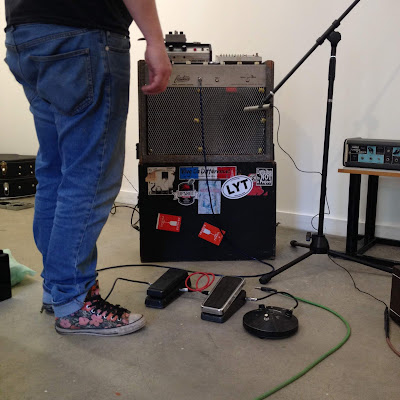 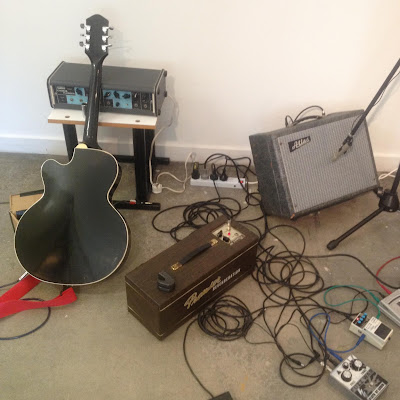 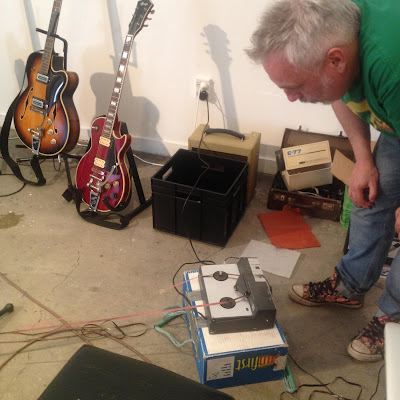 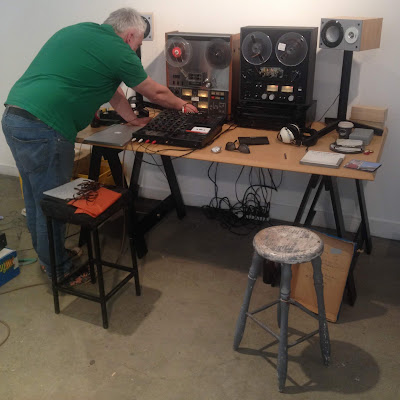 We recorded over about three weekends from memory? Just one day each weekend, and we worked really quickly. I was sort of really surprised how fast Bruce works, but then that should be obvious right, like he's not gonna be worried about getting the perfect take, or endless overdubs etc! I really liked this approach and feel like I learned a lot from Bruce during this process. My nervousness quickly disappeared and really dug the whole thing. Hamish Kilgour came in for the last day of recording, which freaked me out a bit, but it was very cool hanging with these guys (The Opawa 45s ended up playing support at one of Hamish's gigs just after this). I don't mean to sound like a 15 year old fan boy, but hey I once was and so well you know...

Anyway, the recordings were 'in the bag' and sent off to Melbourne to cut when I heard from one of the organisers of the exhibition that the whole thing had been suddenly cancelled! Apparently because one or two of the other contributors had pulled out. I was pretty pissed to say the least. As was Bruce. The lathe-cuts were gonna cost me a lot of money, and I dunno, by this stage I was really happy with what we'd done and I wanted there to be some way for that to 'see the light'. On top of that layer of disappointment was the feeling that this, the while 'exhibition' thing, was always gonna be a bit shit anyway BECAUSE it was being organised by graphic designers. Why would I think that? That could be a whole post of it's own. But basically because I've worked as a designer for the art world for such a long time, I guess I have a certain level of expectation about what it means to essentially commission people to make work for an exhibition. And I wasn't left with any sense that these graphic designers who were 'playing' at curators really had any clue about that. I felt like they exhibited a real lack of respect and general disregard beyond this being a sort of 'portfolio' piece for themselves.

I carried on making the covers regardless – at least half the point since the things were to be 'exhibited' – while trying to think of what to do with these things now. To kick off with I started making dummies of a gatefold cover which you would have to open to get the record out. I've not seen a cover like this before, but always imagined it being a good idea. I'm sure they exist? I just have never seen one... 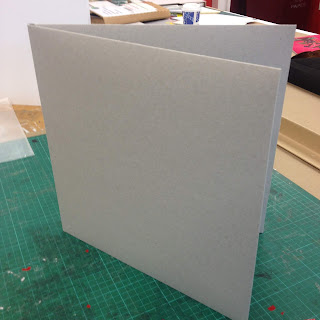 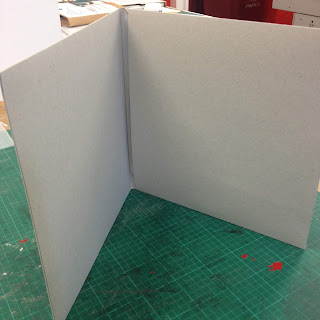