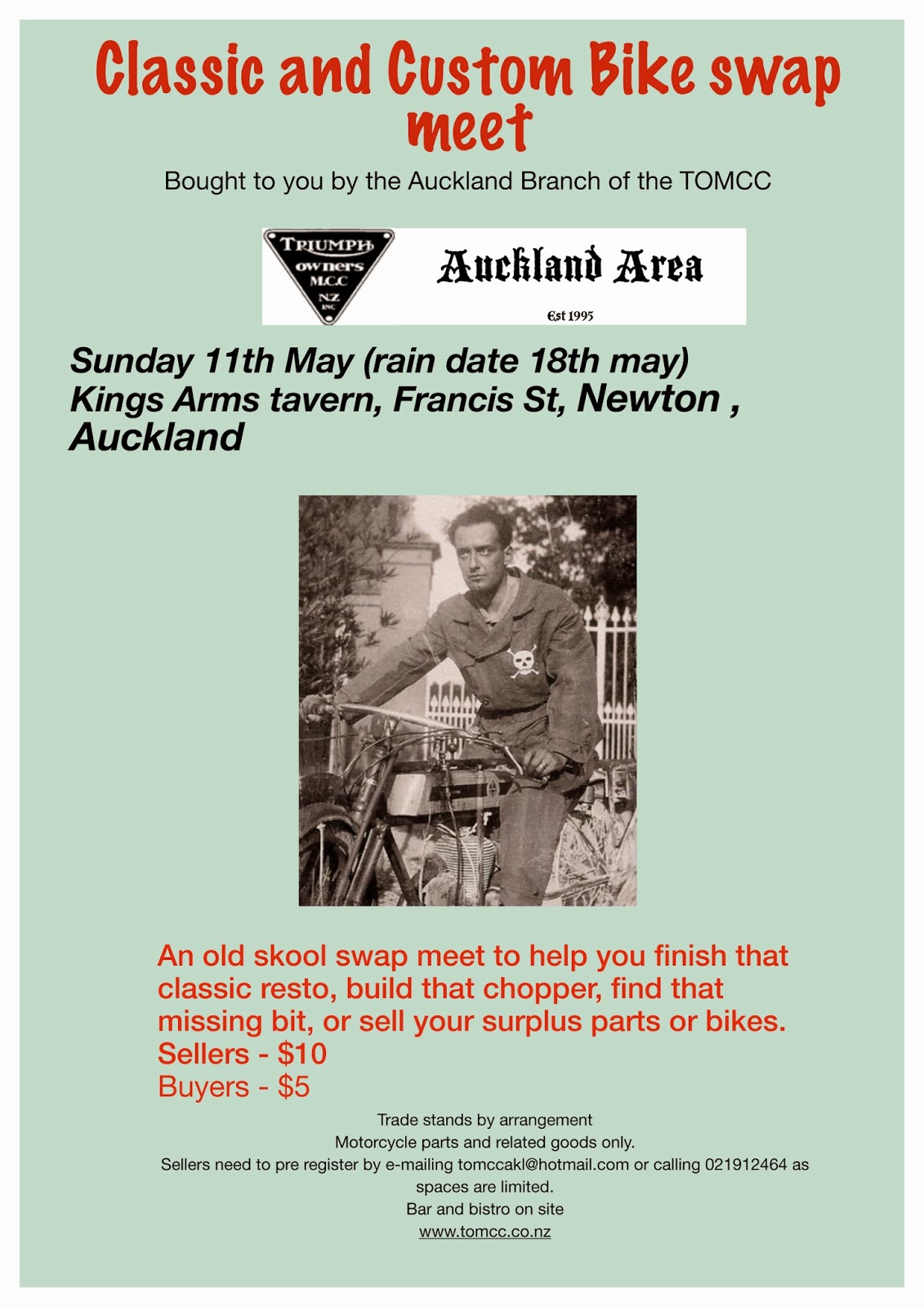 If you're in Auckland on Sunday May 11 then this is where you'll wanna be!
Posted by Luke Wood at 1:00 AM No comments: 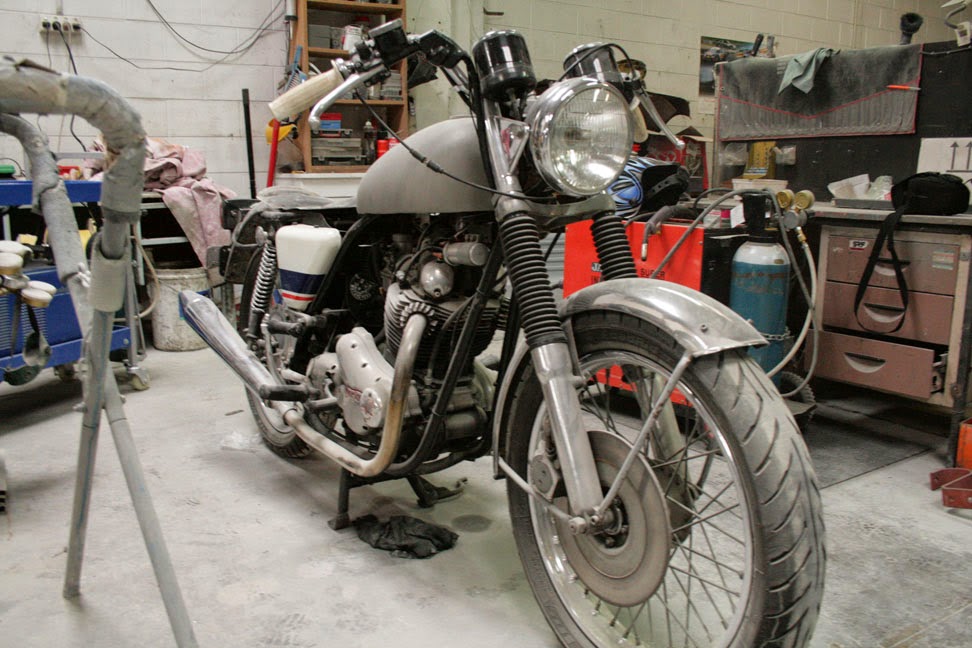 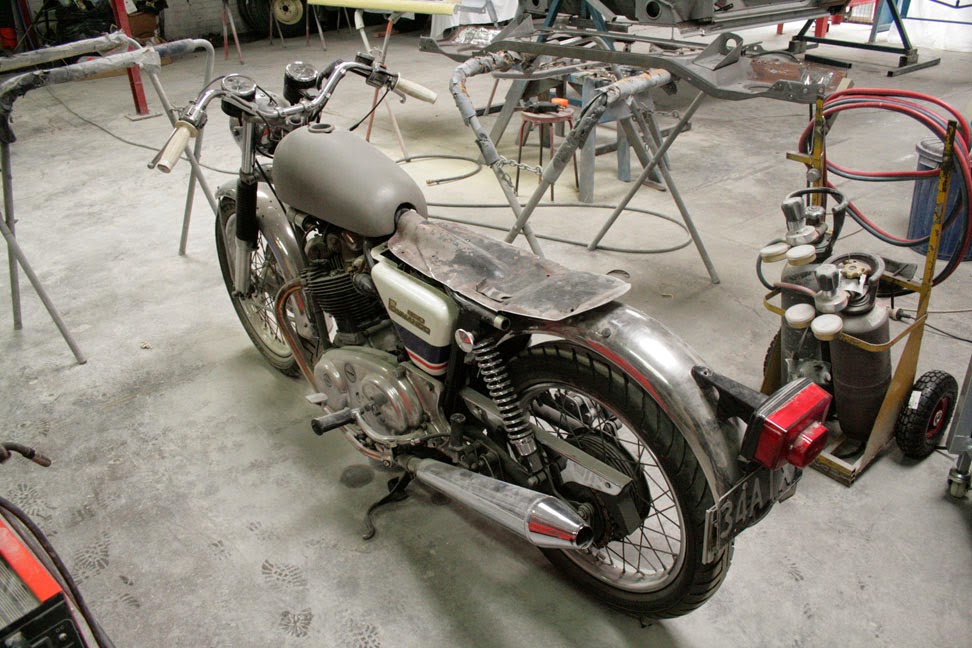 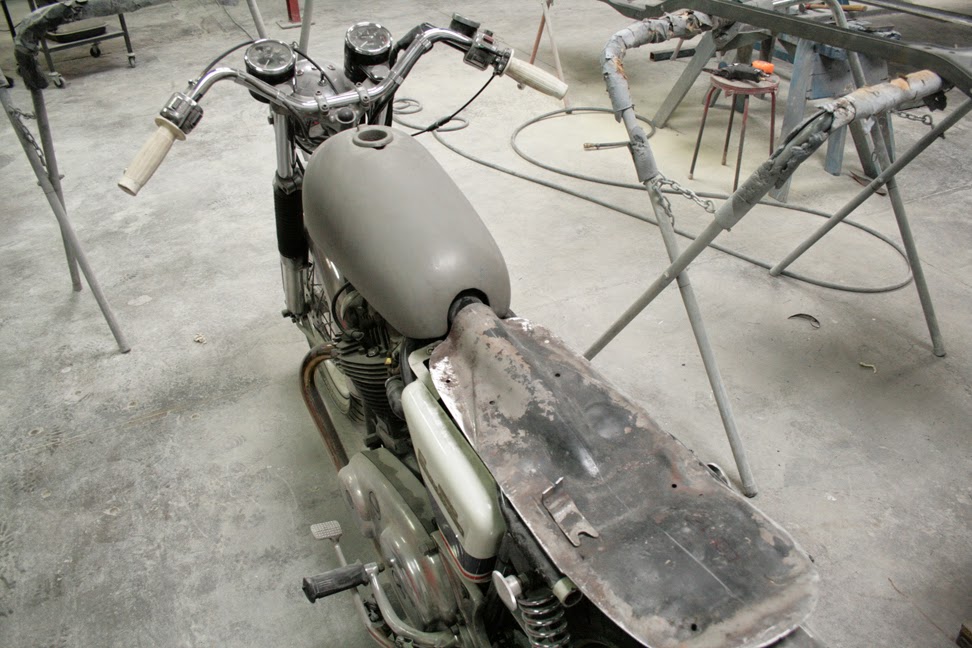 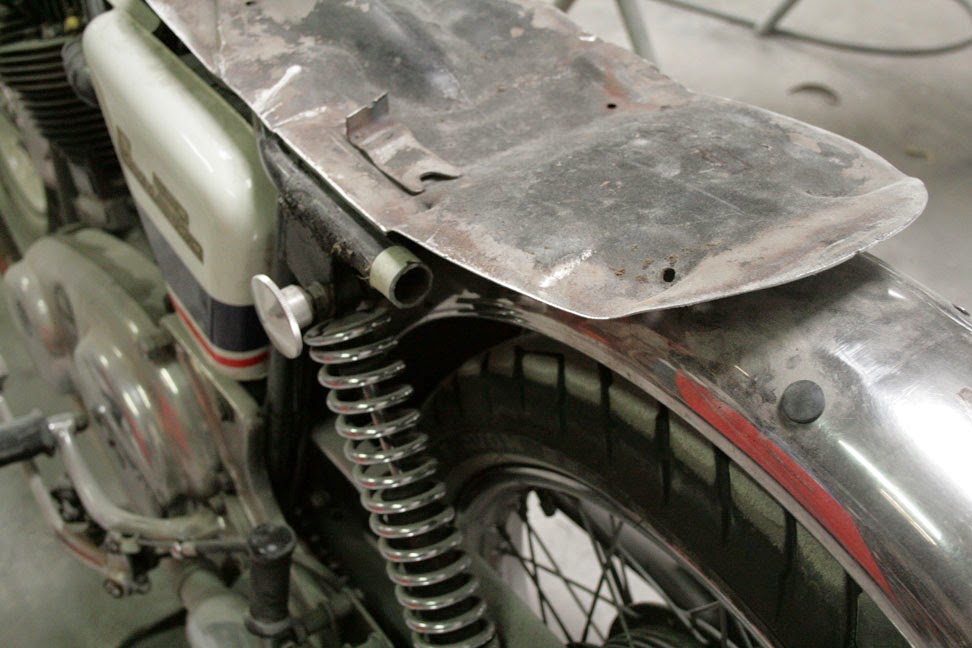 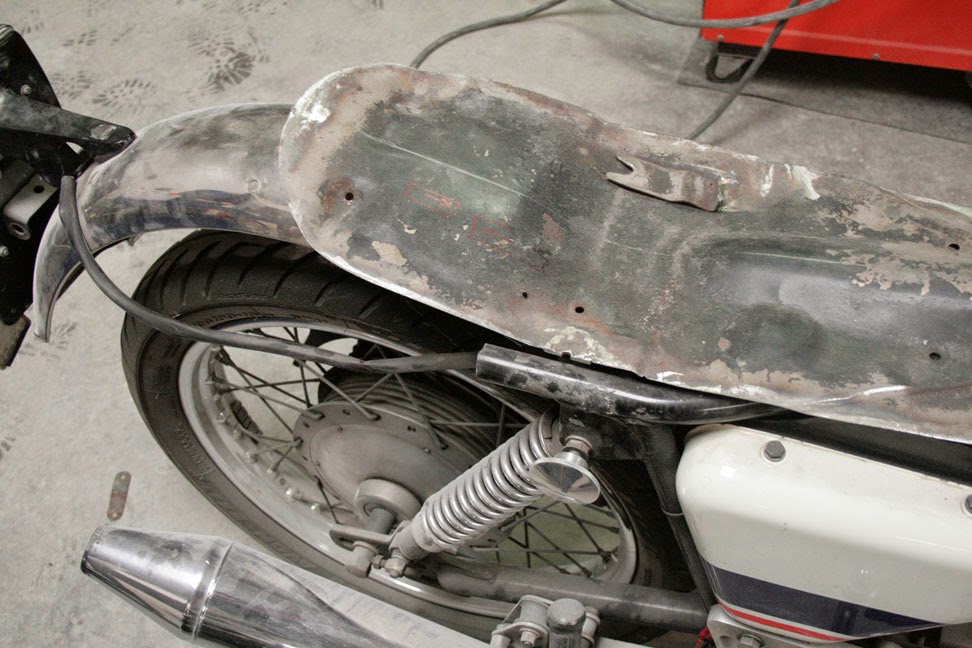 I was propelled recently to do some shit to the Norton that I'd been thinking about ever since I bought it over five years ago now. The push I needed was breaking the frame!

It wasn't that bad, just a break at the rear loop. I immediately had the dilemma do I fix it 'as-it-was' OR shorten it??? In the end I have chickened out and am getting the frame fixed (and strengthened) in its original proportions. Two reasons for this – 1. This is an all original bike that still even has it's original number plate, AND 2. I'm kinda on the verge of being a bit sick of custom bikes I think? Every day I open my email or web browser and I'm bombarded with the bloody things! They're starting to all look the same to me, although that said you don't see many Nortons chopped and modified.

Anyway... I took the bike to Marty Winders (of Winders Rod and Restoration). Marty is a top man and had done a very similar frame fix for me when I was looking after Tim's bike (I'm pretty sure these breaks have nothing to do with me or my riding?). Looking at Tim's bike now you'd never know it had been touched. Marty is a magician when it comes to metal and paint! While there I'd mentioned to Marty that bloody rusty Hi-Rider tank I'd got out of India last year, and I thought I'd get him to have a look at that too... and then since he was gonna be doing all that I asked if he wouldn't mind also cutting this old seat pan down and welding some new mounts on it for me.

And here it is all underway. I'm going to also get a new blank rear guard that I can cut short and chuck a smaller tail light on (I've got a light on the way already from Christian Condo at the Modern Motor Cycle Company).

So the plan, at this point, is to have essentially a couple of different 'body kits', but to keep the frame original. The whole thing could then be changed over in a very short amount of time but potentially look really different... which'd be good for my short attention span! I also have a cafe racer kit on the go for it (I have rear-sets, but would wanna make a seat and get clip-ons for that... and also probably another tank, maybe an Interstate?).
Posted by Luke Wood at 6:38 PM No comments: 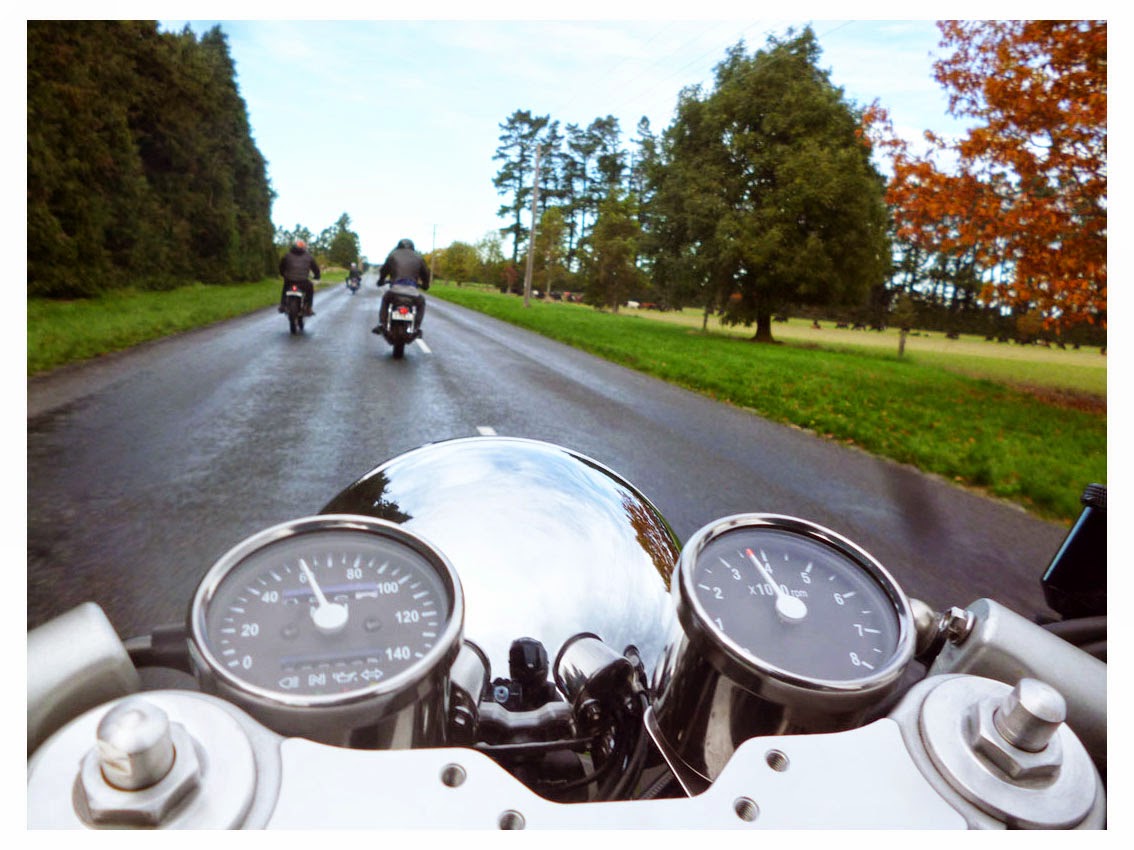 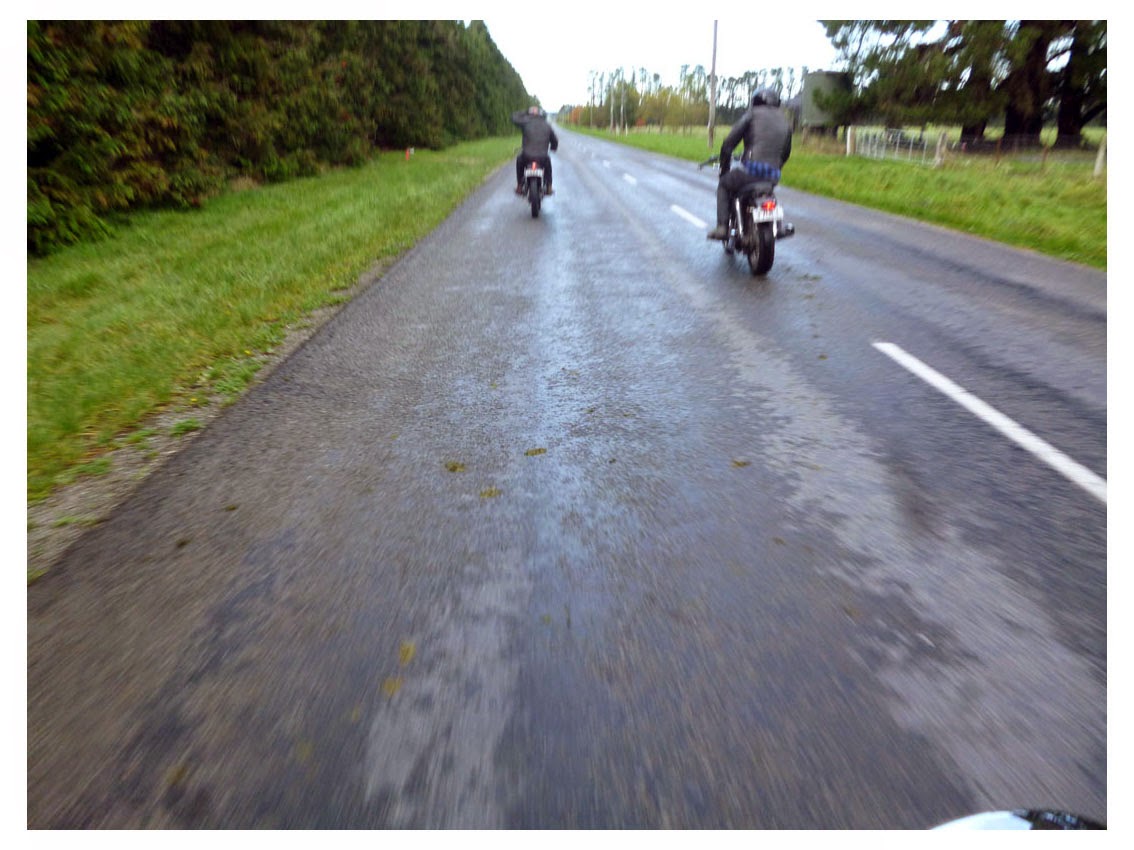 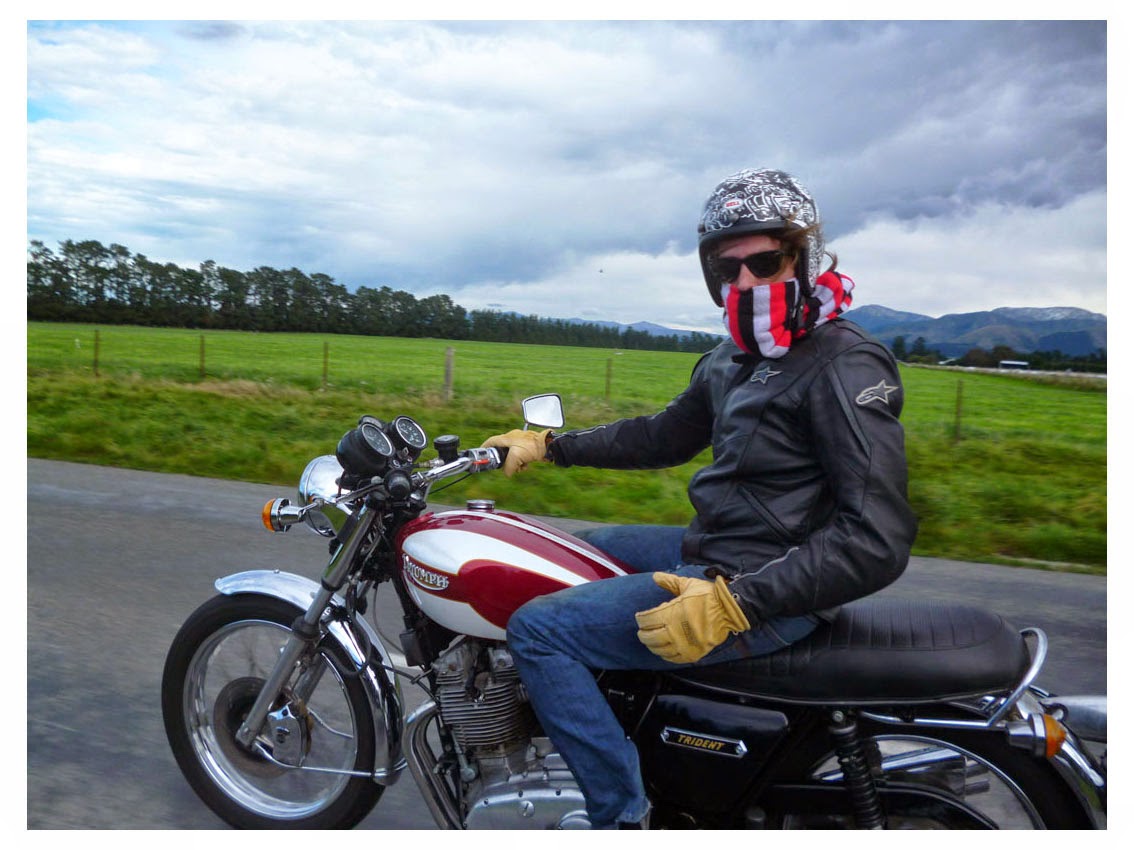 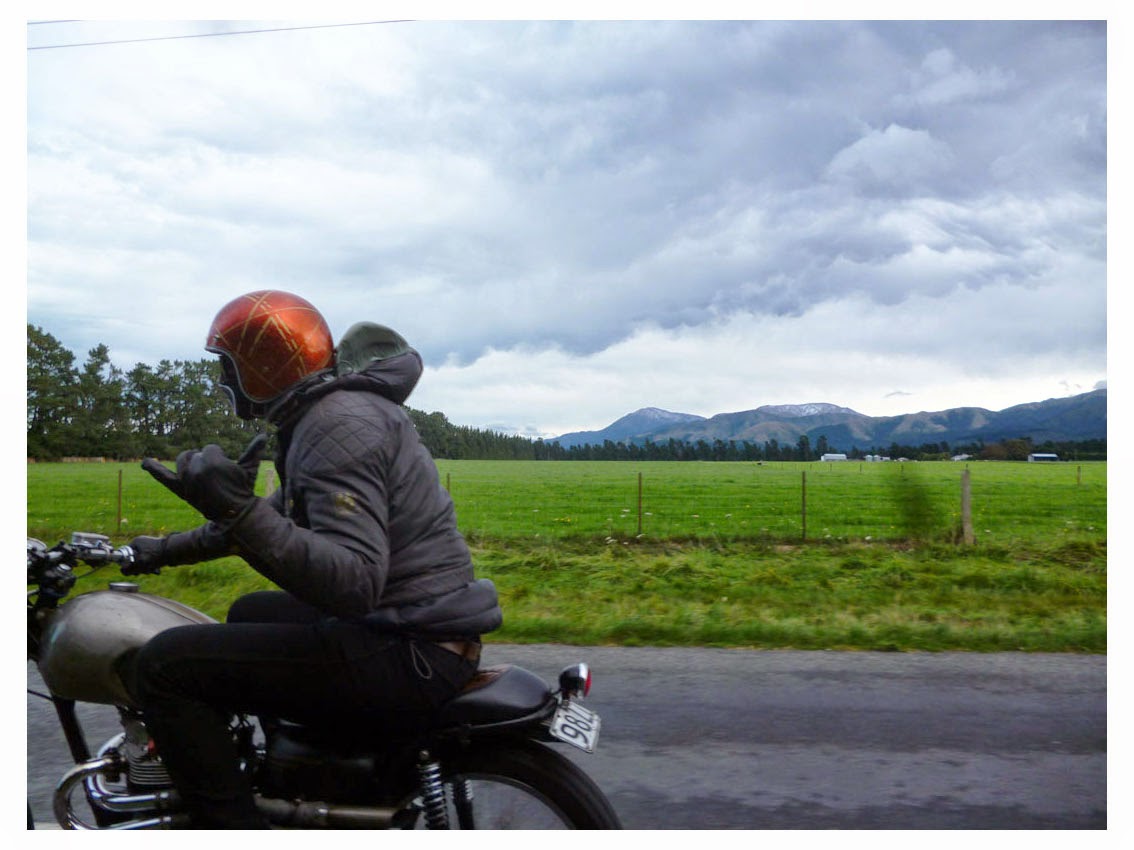 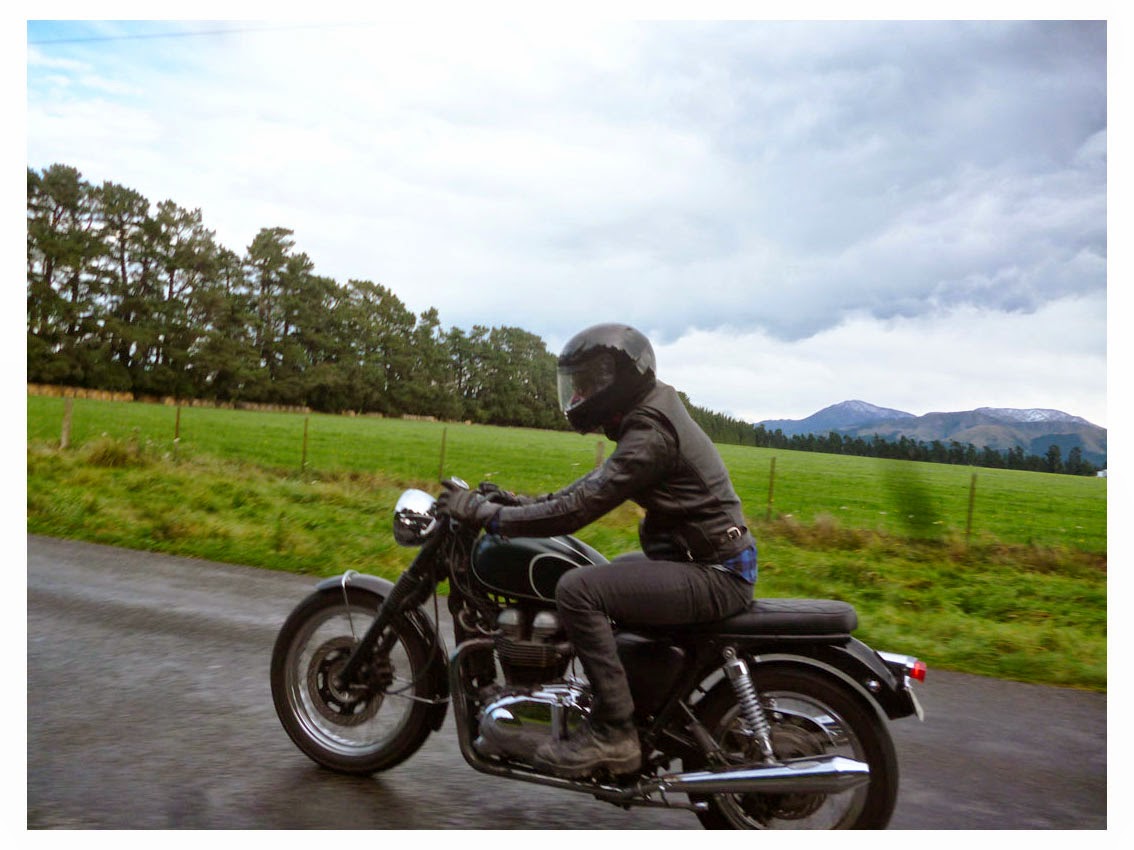 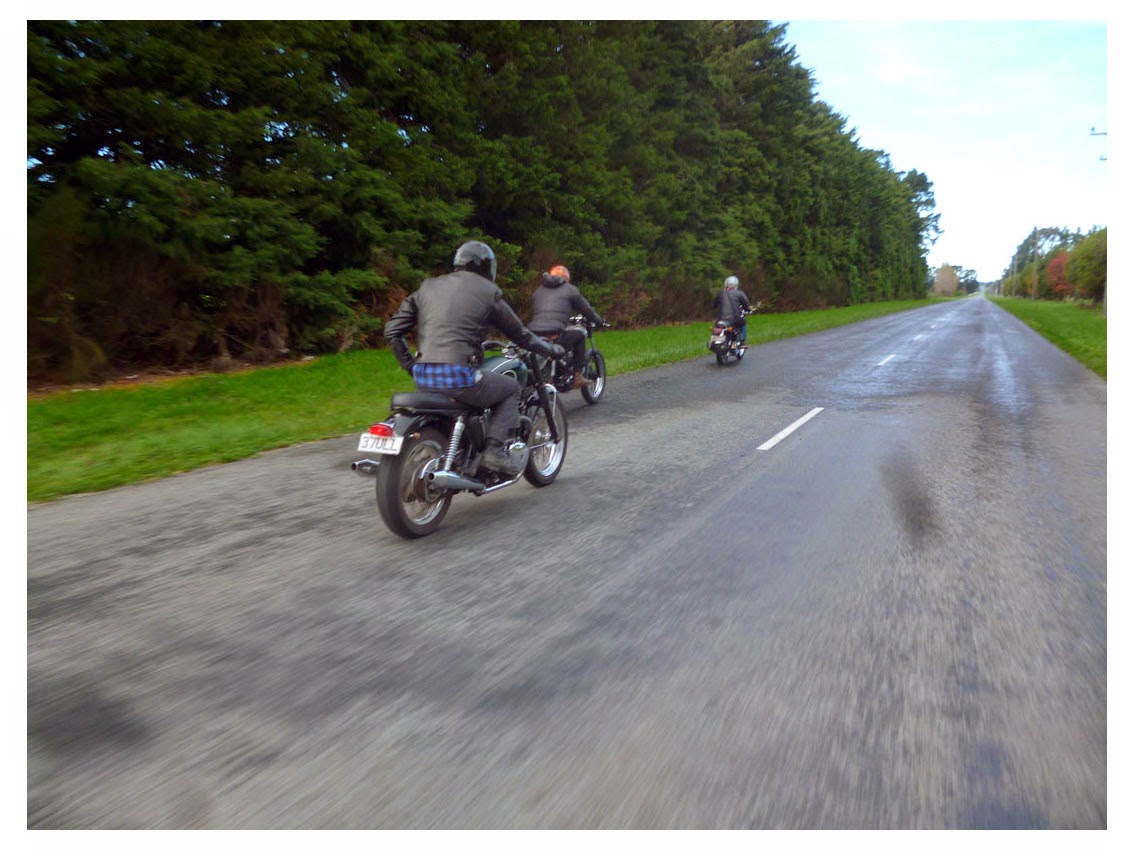 Went for a ride with the lads to the Methven Street Races in the weekend. First day it hasn't rained in about three fucking weeks! So great to get out for a good blast on the Triumph again. The roads were still a bit wet on the way out, but it's mostly bloody straight so didn't really matter.

We were pretty keen to see Campbell Johnson racing his Kwaka. Campbell's only recently got into road racing (used to race dirt bikes), and he's been doing really well... here he is on the Kawasaki, #76, at Methven: 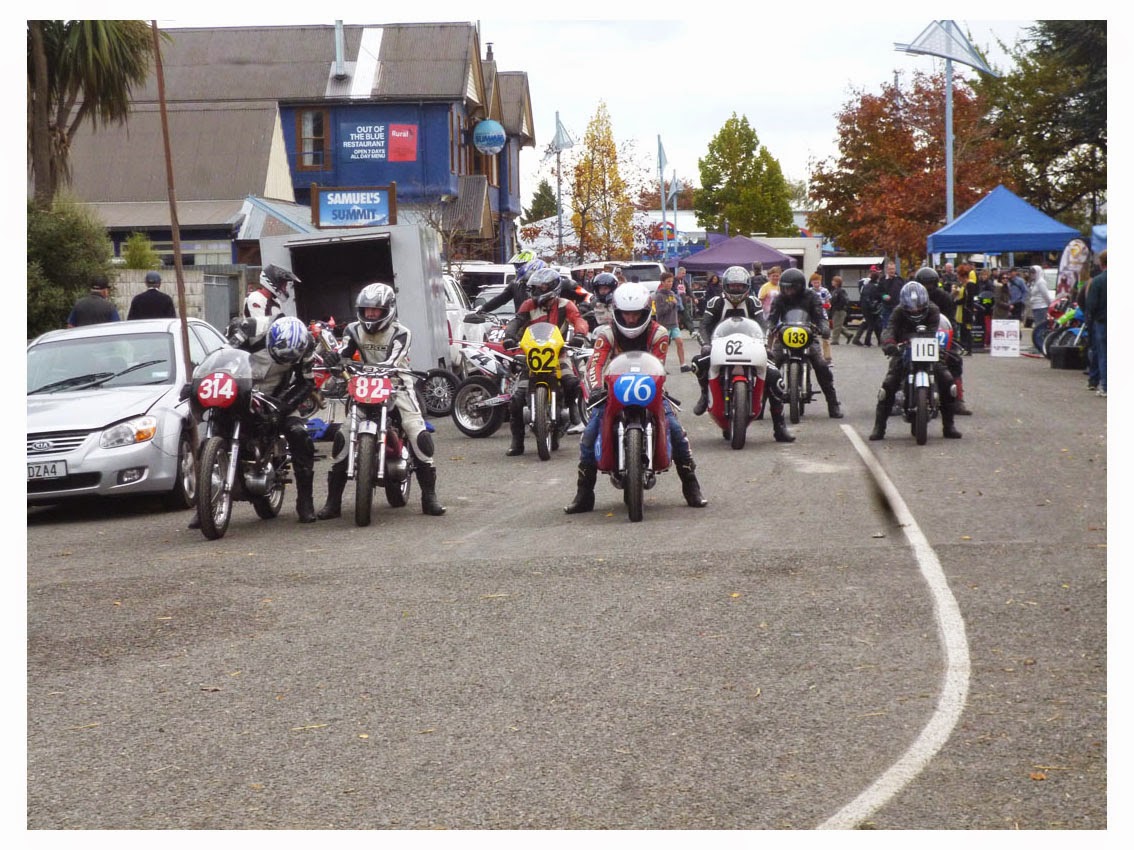 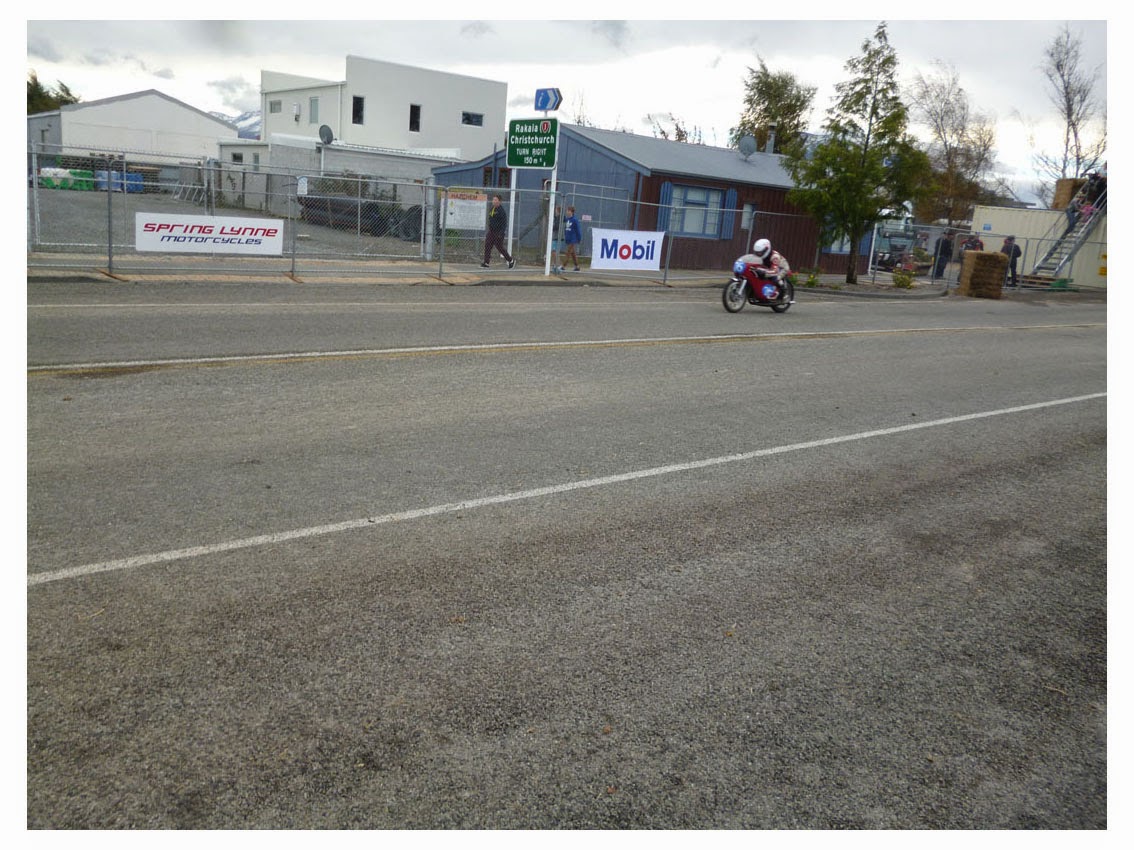 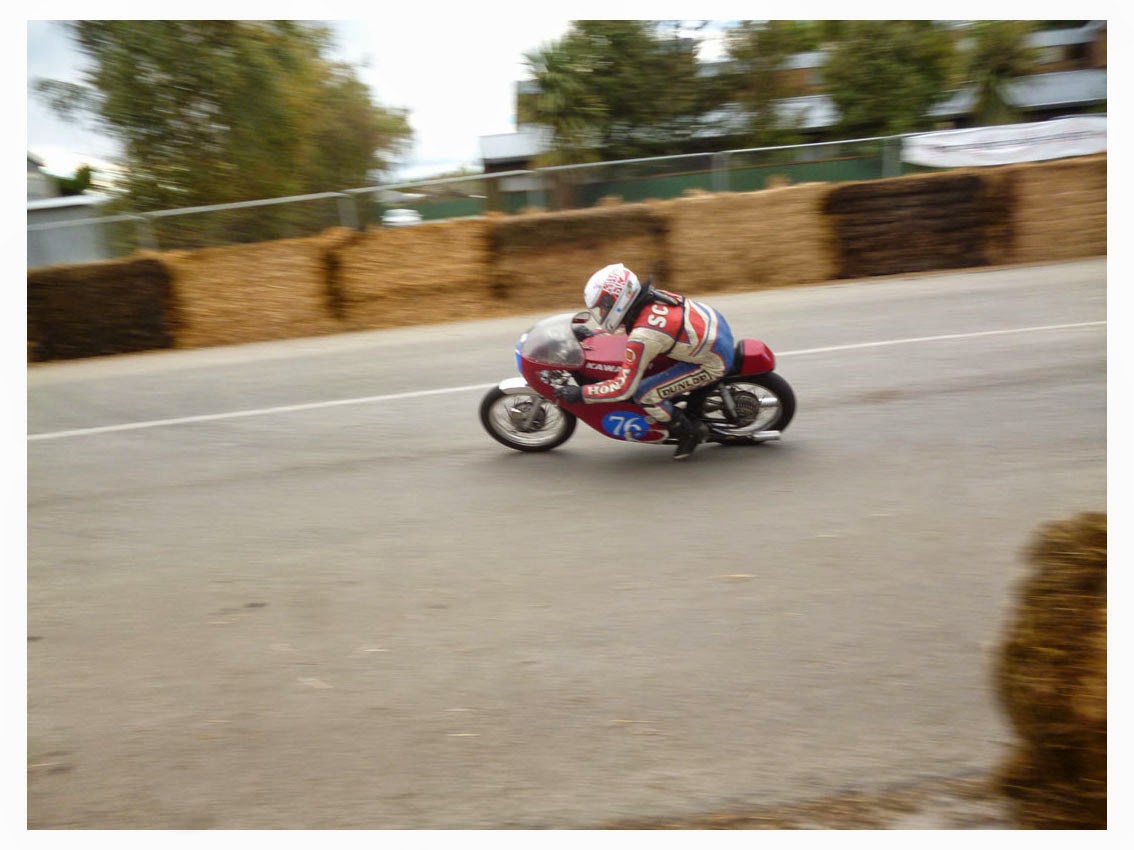 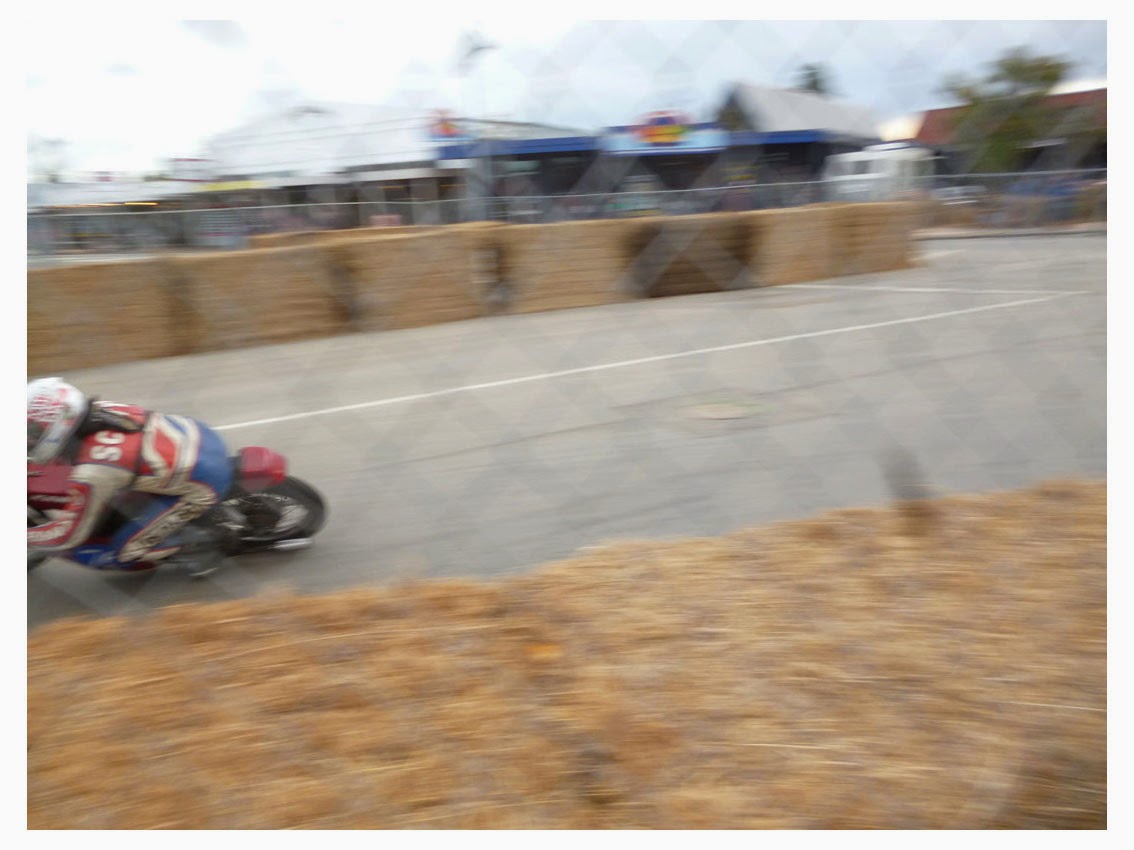 Campbell got a few third places right up the ass of ol' man Ornsby, and then managed to pick him off in the final race getting 2nd (just behind a very hot BSA Rocket III). 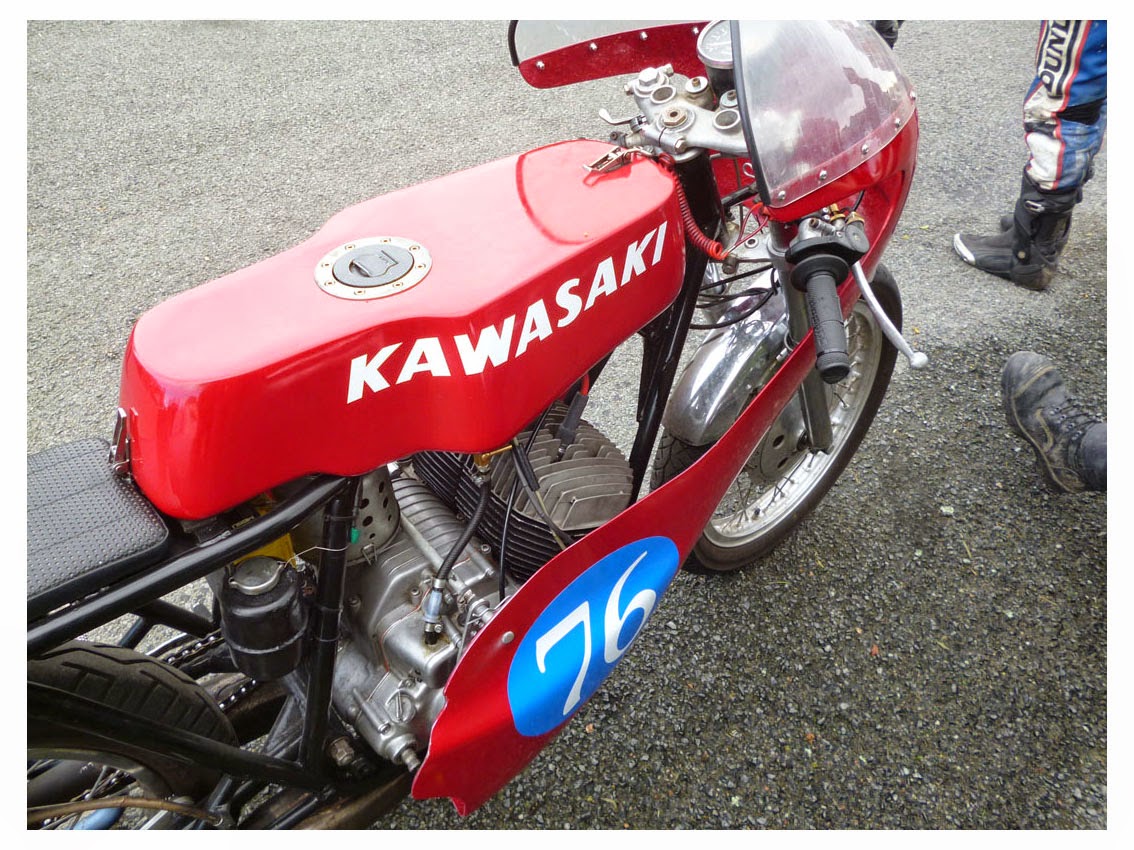 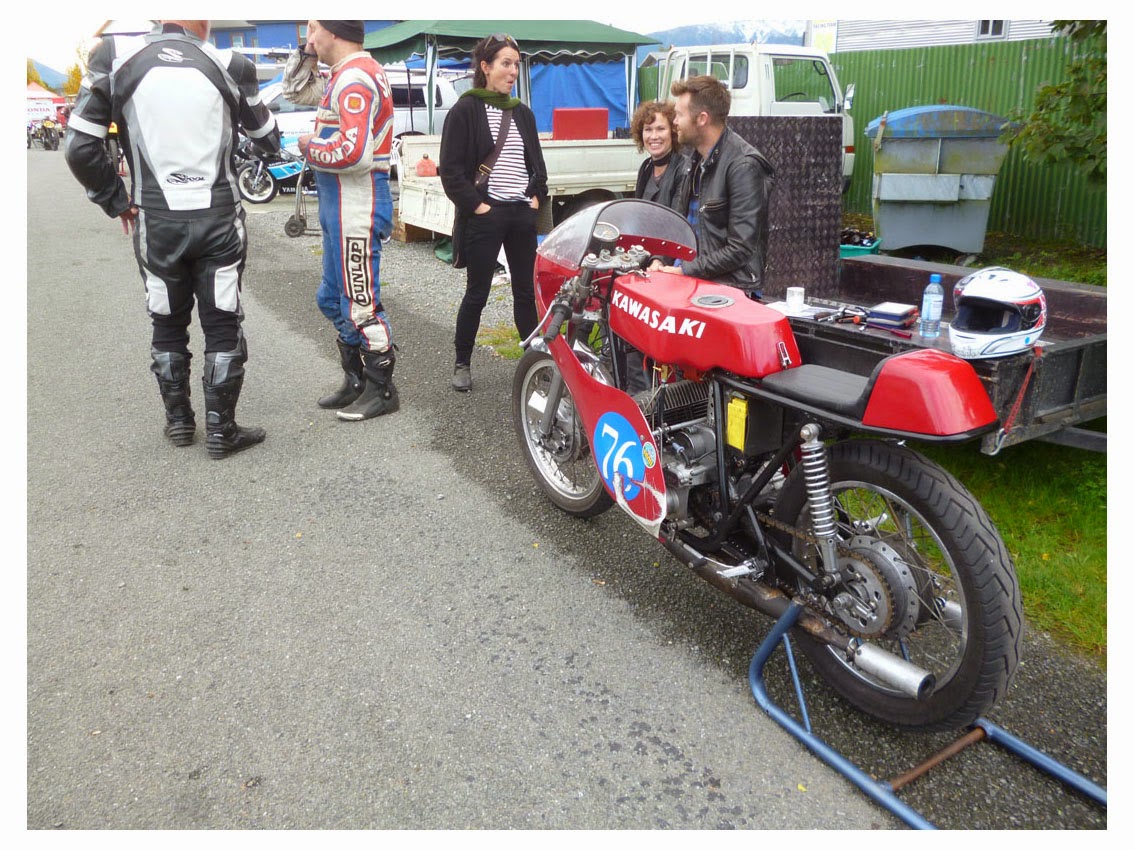 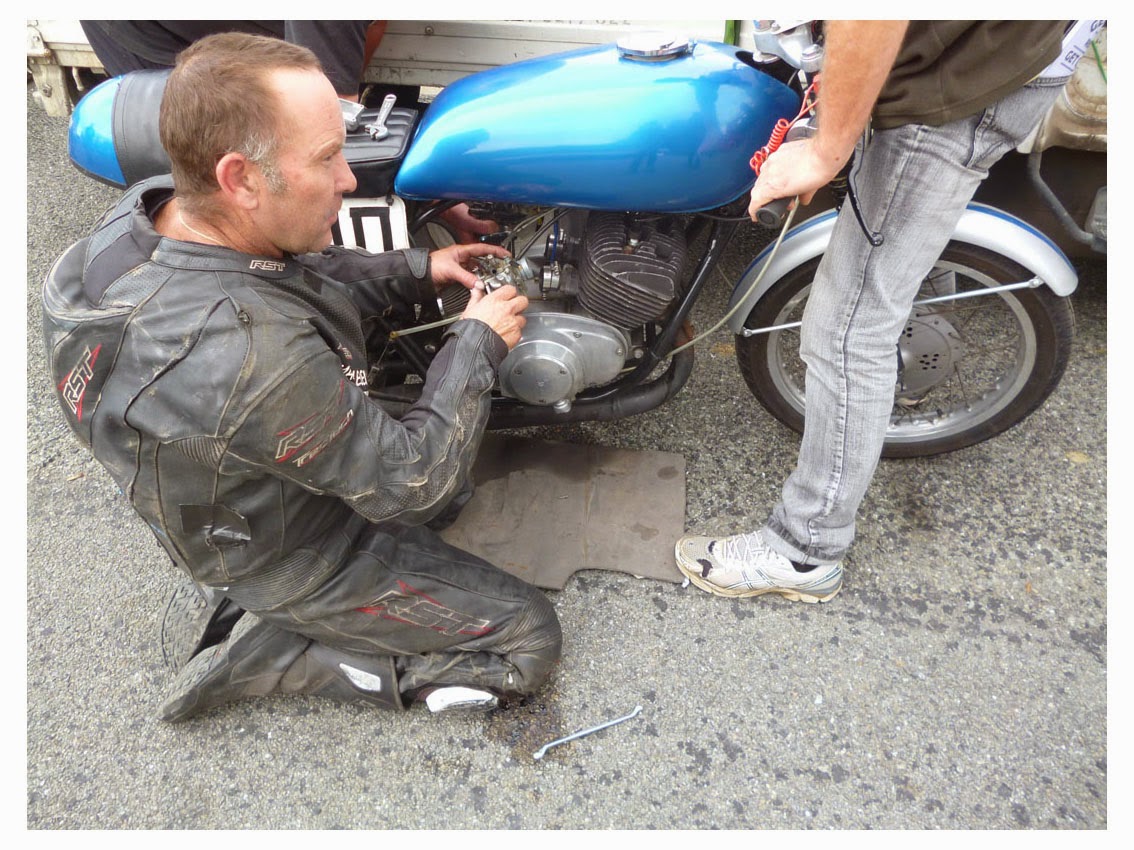 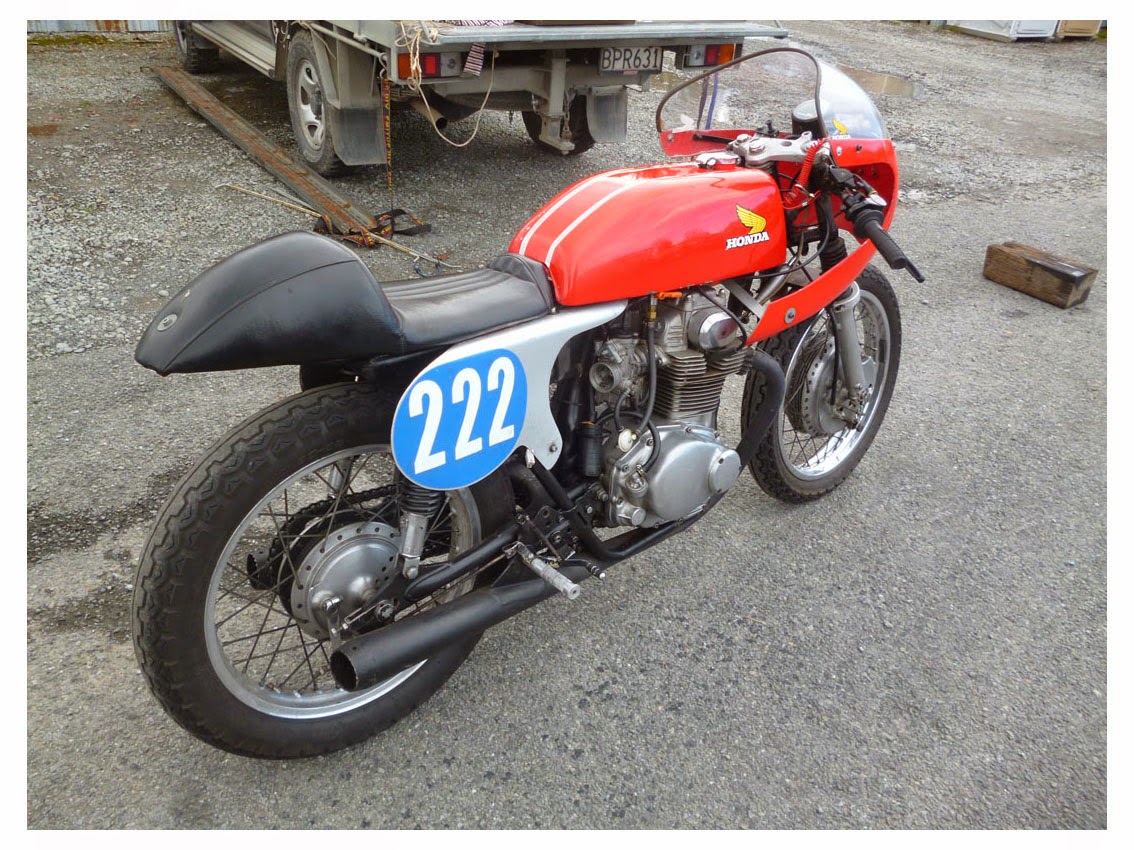 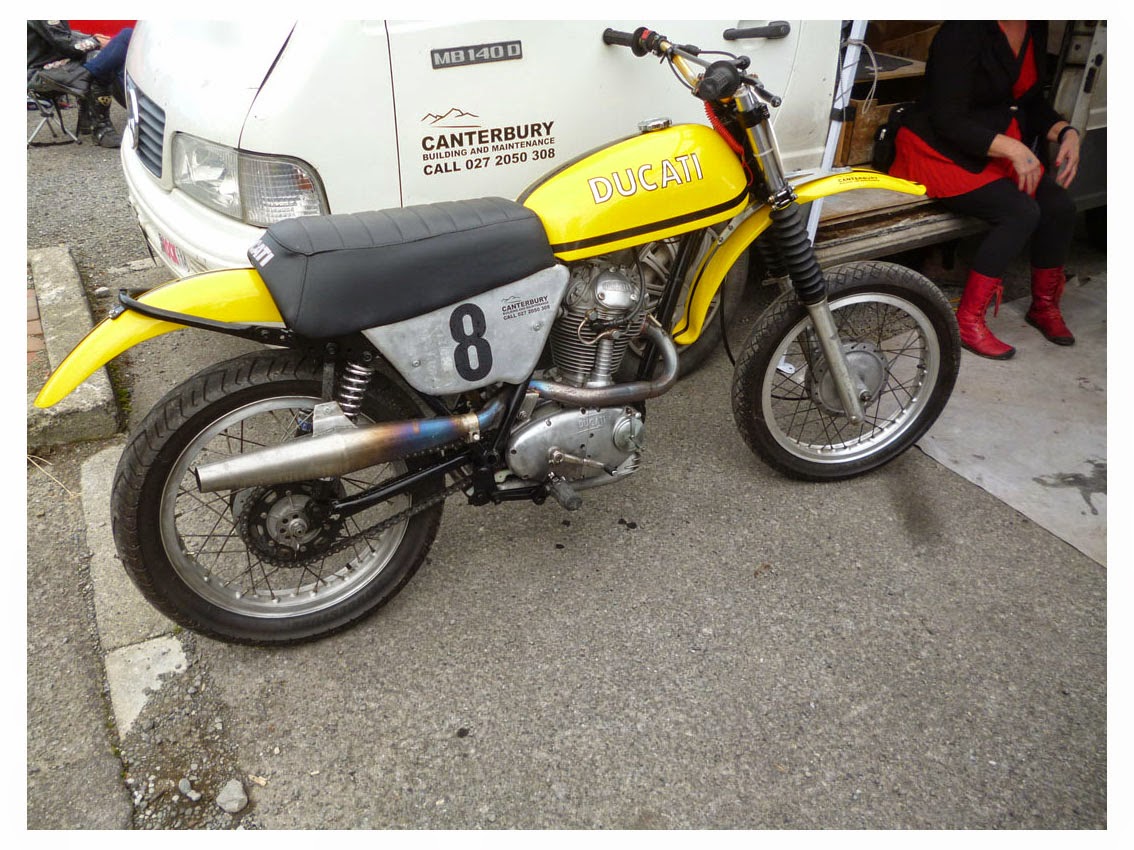 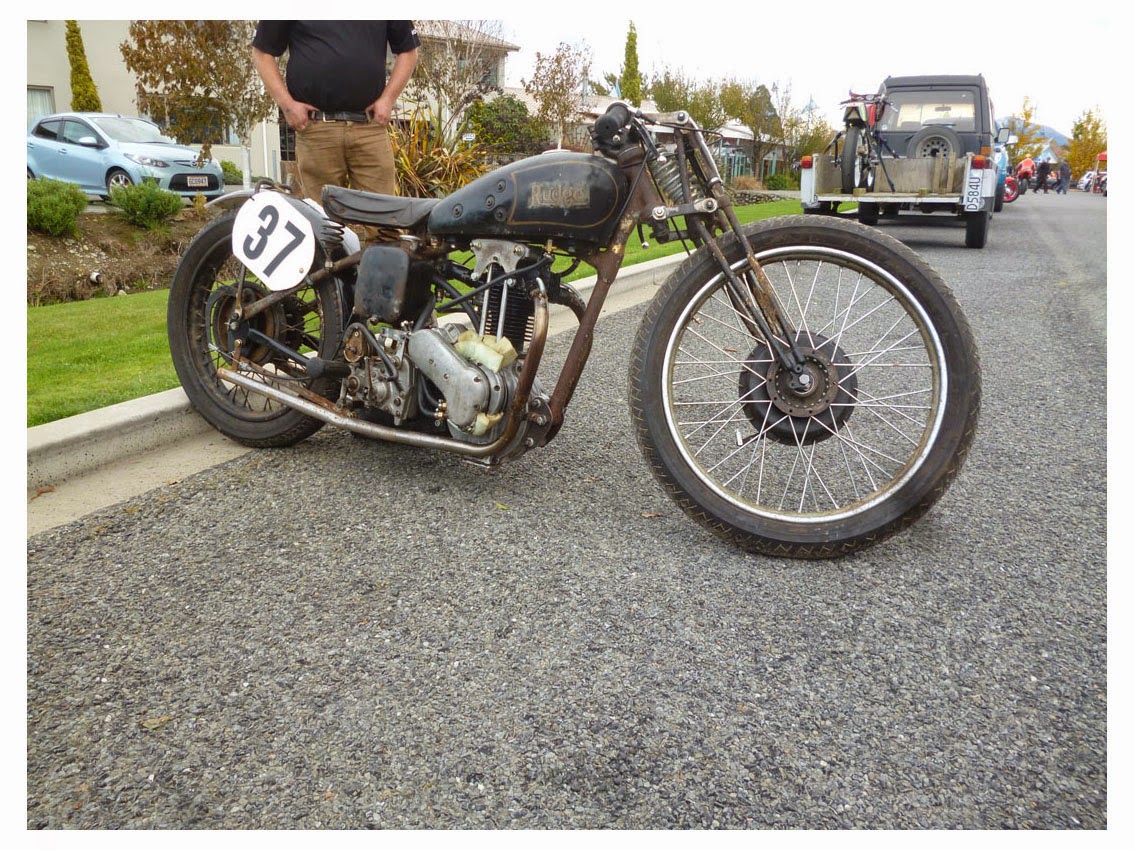 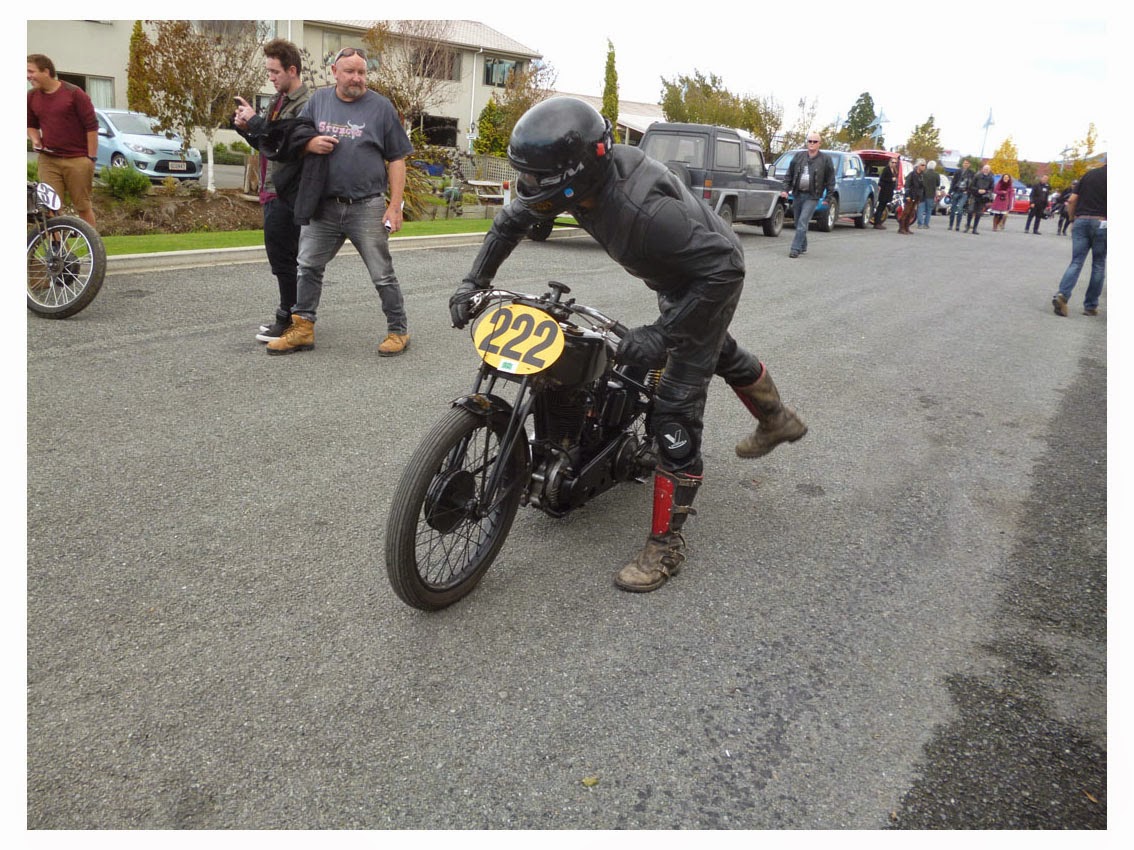 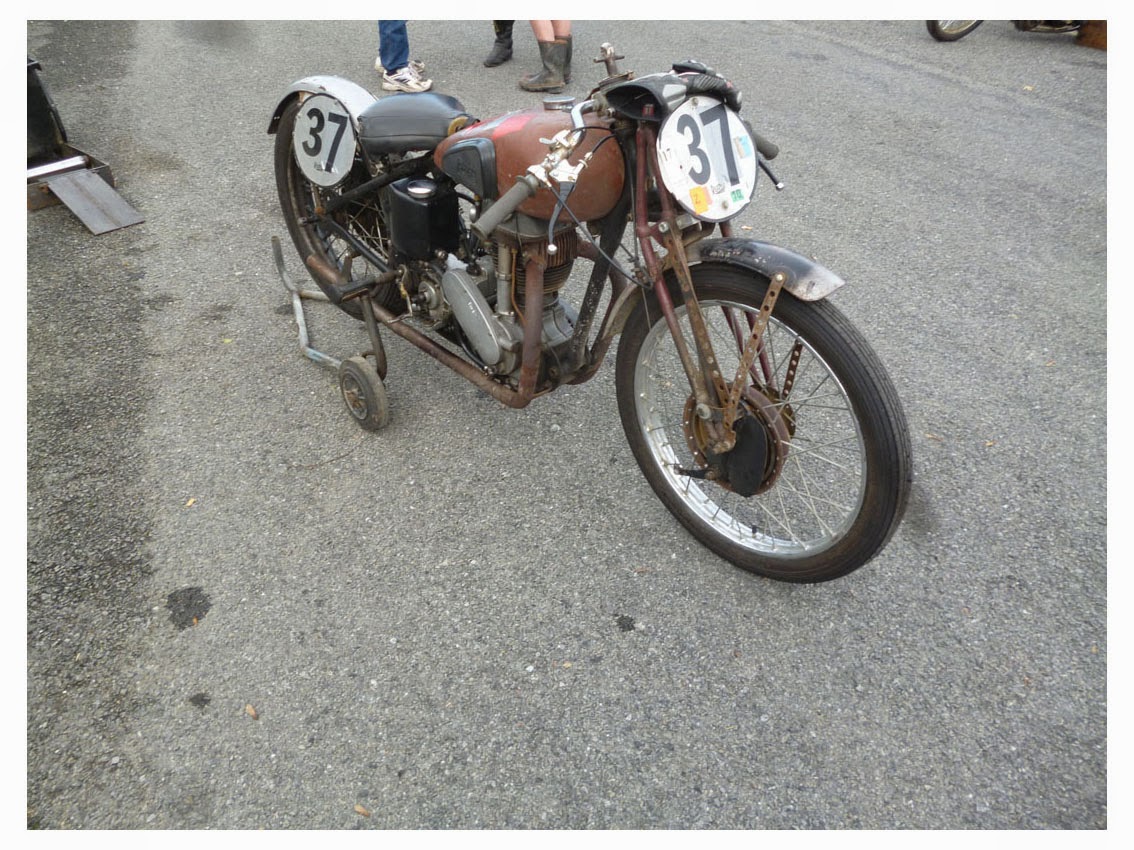 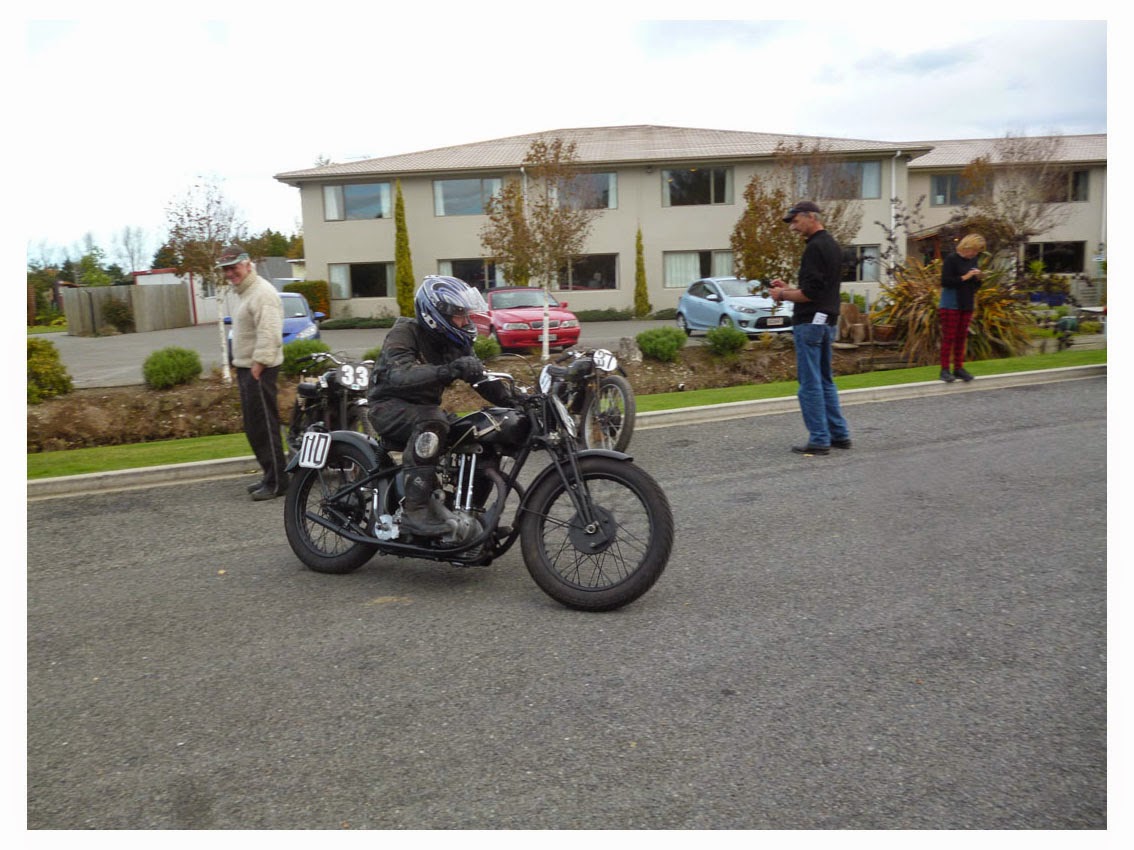 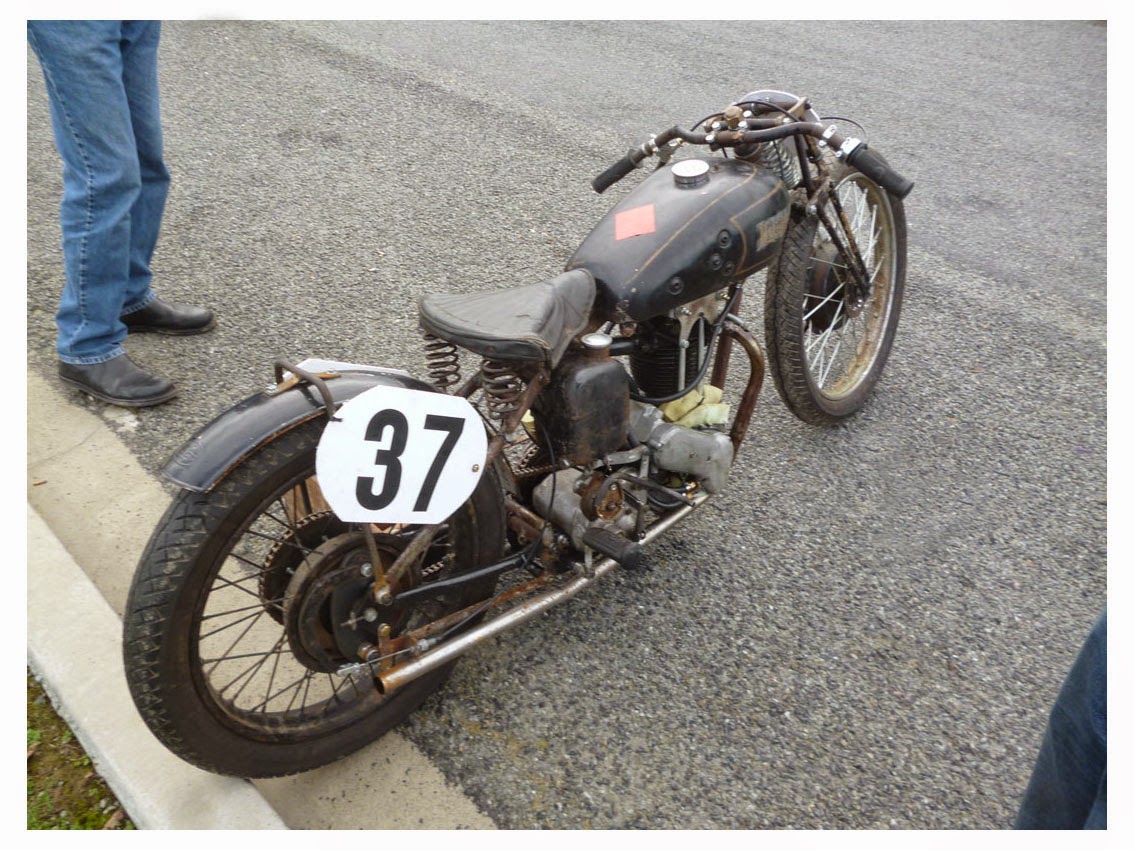 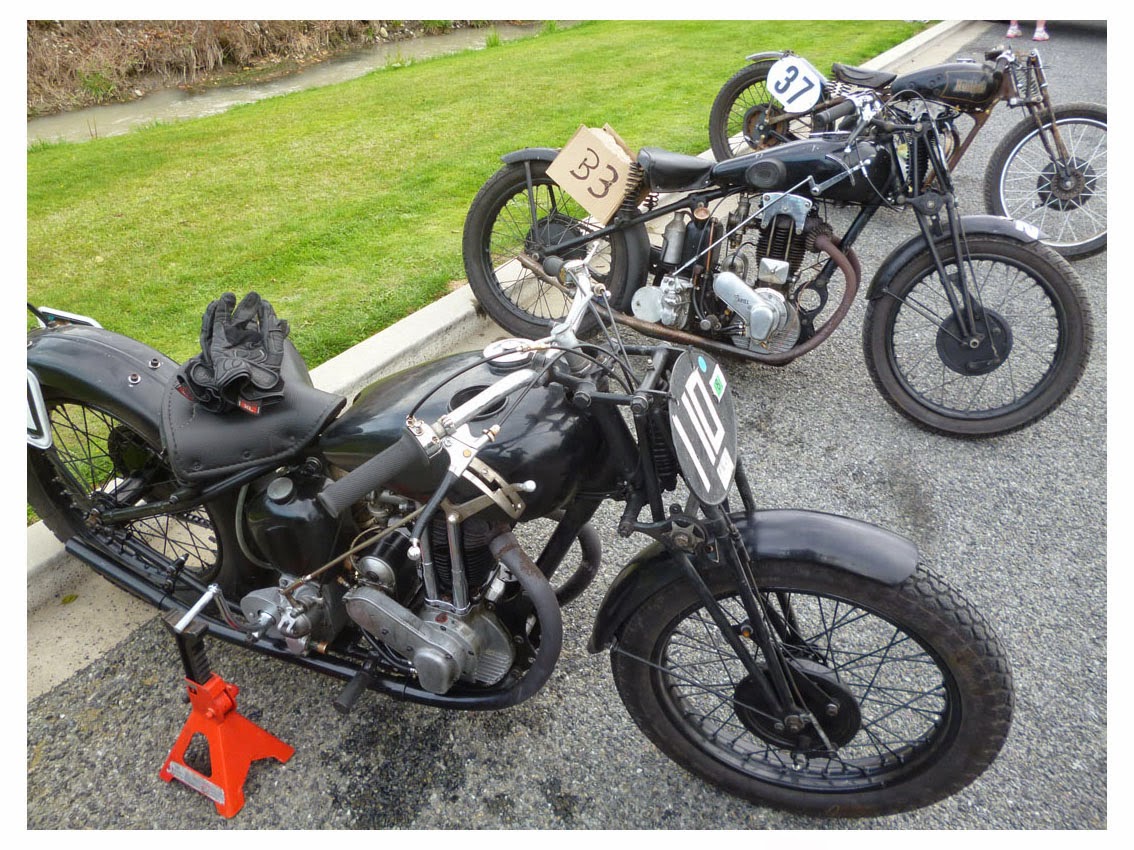 Checkin out the pits was awesome as usual. I was particularly impressed by the number of real old bangers there this time. I've seen a couple of these there before, but it seems like every year there's another one or two there. Watching these race is a real pleasure!

Took off after the last race and went to Hororata for a beer and a pie... (and took a selfie on Jimi's camera on the way) 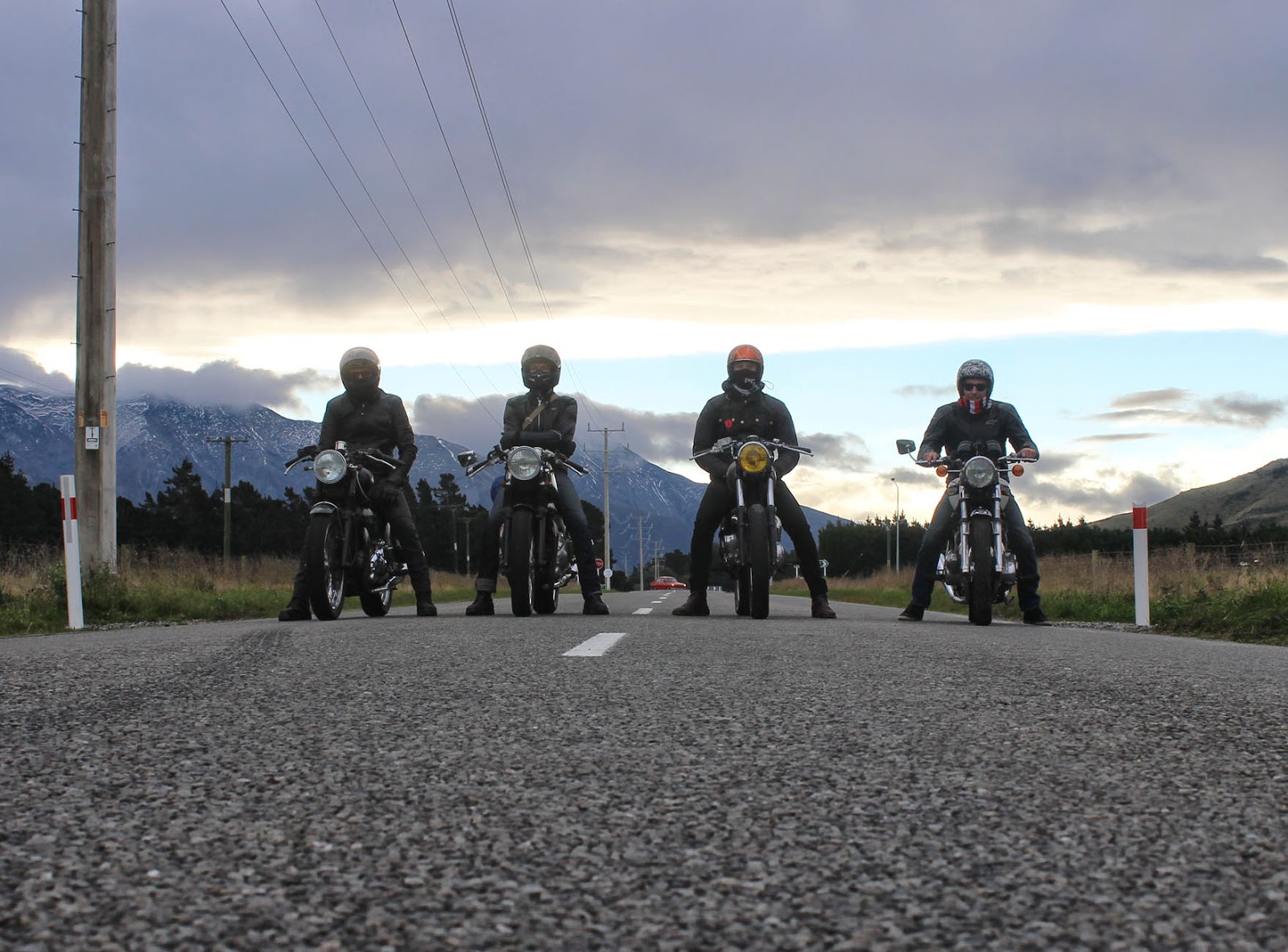 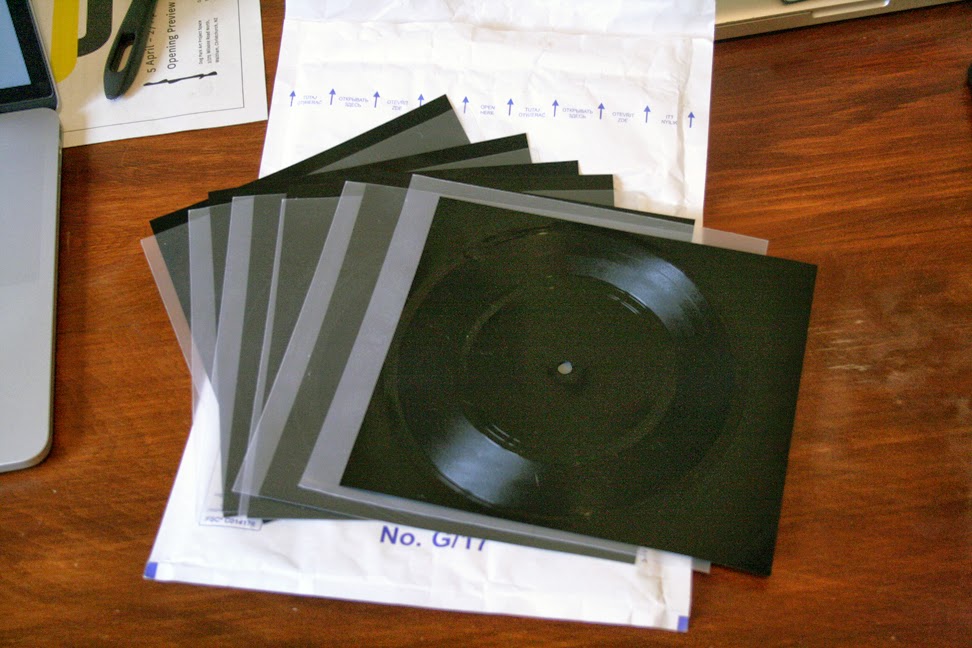 On Friday the test pressings for the flexidisc to accompany HFoS issue #3 finally showed up! These have been a long time coming, apparently Pirates Press, the manufacturer, have been having problems. I don't know why or what kind, but hey fuck they are here now! So finally... FINALLY... we can make a push to get issue #3 underway.

Big thanks to Moon Duo again for letting us use one of their songs on this and being totally awesome in all aspects of life! Can't wait to see the finished product with labels and all...
Posted by Luke Wood at 8:09 PM No comments:

The Hex Waves @ The Darkroom, 17 April

My new band, The Hex Waves, is playing at The Darkroom next Thursday the 17th of April. It's the Thursday before Easter, so it's like a Friday don't you know...
Posted by Luke Wood at 2:59 AM No comments: