Some of my friends went to Wanganui's legendary 'Cemetery Circuit' street racing today and saw Guy Martin ride. I stayed home and watched this instead.
Posted by Luke Wood at 2:25 AM No comments:


The Queen's Xmas message televised around the Commonwealth lastnight was all about 'reflection' and so here you go, a little bit of a reflection – The Grand Saloon playing at the launch of our first issue a couple of years ago now (shot by Stuart on his iPhone). This was a January launch, as was issue #2... Issue #3 is gonna be a little later! But it is gonna be fucking awesome... of course. We have a bunch of great content lined up, the Moon Duo flexi is ready for production, and we're aiming at late February at this stage. Unfortunately REAL life, ie. work, got in the way in Nov and Dec, but looking like I have some much needed psychic space over Jan and Feb... maybe I'll even get a decent ride in!?

Meanwhile I did manage to get away camping with Nadz and Pedro last week. Pedro's 18 very soon and our vet just today confirmed he's the oldest dog of her veterinary career... each year we think we'll take him camping and give him a great holiday cause it'll probably be his last, but he just keeps going... and going and going and going. If he's still here next year I really will eat my hat. 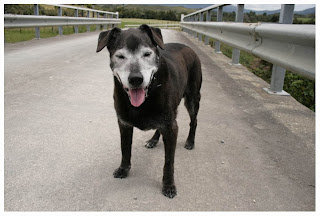 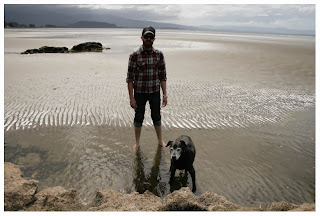 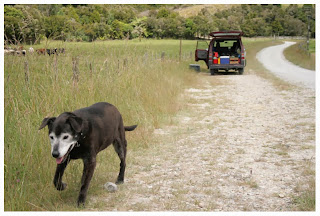 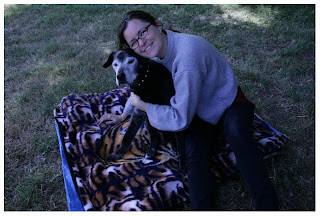 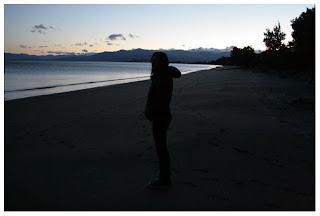 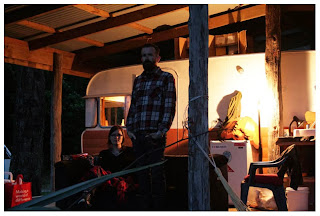 Email ThisBlogThis!Share to TwitterShare to FacebookShare to Pinterest
Labels: Issue 3


Been listening to this band a bunch lately and just bought everything I could find online by them lastnight for our road trip this week. Really loving their simple 3-piece sound but with some quite far out chord changes going on. My new band, The Hex Waves, played our first gig on Friday night and it was really great to be playing some slower, more gloomy and melodic shit for a change (sorry boys!). Still up for wild b grade rock 'n' roll action with Shakin Evil and Motorcamp (if Tim ever comes home!?), but this is sure suitin' my mood at the mo...
Posted by Luke Wood at 12:19 PM No comments: 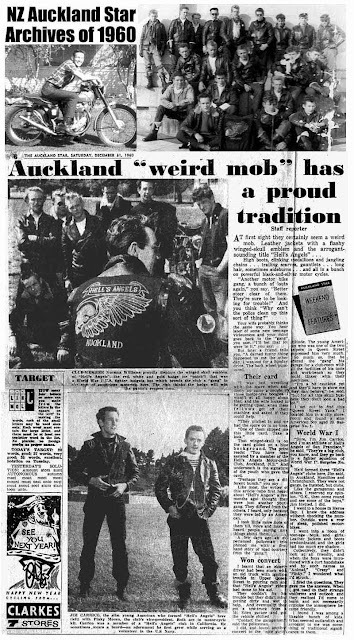 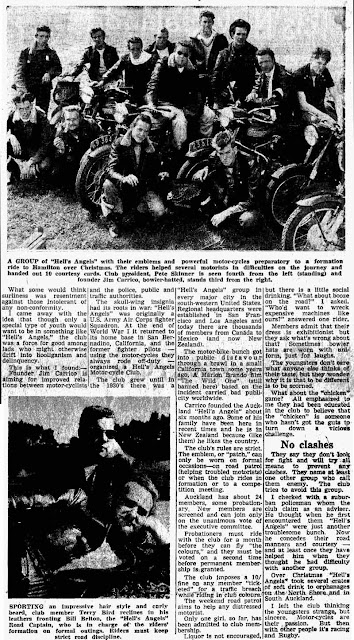 I've been stupidly busy lately and also we haven't had the internet on at our new house for the last month, but I'm hoping to get back to some sort of normality soon? I haven't even been riding much, which pretty much makes me feel like life ain't worth living! Anyway while I haven't been posting much here, I have been collecting various bits and pieces that I do want to put on here...

Since beginning this blog a bit over three years ago now one of the things I've become more and more interested in is the history of motorcycling culture in New Zealand, and of course (because it's played such a large role in that here) the evolution of the club/gang scene. I read Jarrod Gilbert's recent book 'Patched' earlier this year and that provides a fascinating account of the early years of the MC scene in NZ, and then the evolution into the more recognizable 'gangs' of the late 70s, 80s, and 90s

Accuracy aside this is an interesting article, largely because it is very different to most other reporting around these clubs at the time (especially internationally). That the reporter has actually visited and talked to the club stands out, as does his framing them in a very positive light – "... a force for good among lads who might otherwise drift into hooliganism and delinquency."
The article is from The Auckland Star, 1960... I can't actually remember where I found this article but it's been sitting here on my hard drive for a while now.